Sports car fans and car collectors have something to look forward to. The new sports cars offer a wide variety of possibilities including comfort and smooth performance. With the luxurious two-seaters, every ride is a special occasion. Which cars make you feel like you are sliding through the streets is found below.

The 4C is more affordable than the luxurious Porsches and Nissan with a base price of $55,900, but it features an equally great performance when on the road. Its aerodynamic body and a 237 horsepower make the two-seater comfortable for any occasion. It is a rear wheel supercar with futuristic-looking headlights that make the car even more attractive. The car’s production started in 2013, and it was the first car to re-enter the US market after two long decades. A 2017 version has also been featured, the Alfa Romeo 4C Coupe which is very driver-oriented and it comes with multiple modes like dynamic, all-weather, natural and race mode.

This Porsche baby ranks high as one of the best handling road cars that can be driven at a very high speed. The interior design is luxurious and comfortable, and it comes with telepathic steering. The brakes were also rated as high-performance and do their part very smooth. The rear-mounted engine with a 560 horsepower and 516 ft-lbs torque represents a powerful tool to navigate through the streets. The speedy Turbo S features a 198 MPH, and it needs only 2.5 seconds to go from 0 to 60 MPH. It is an all-wheel drive generating power to all four wheels on demand or all the time. As every high speeder, this car is also better suited for the highway than for the city streets. It is significantly lower in price than the Porsche Spyder (featured below), with a price of $182,700. Even if still expensive, it is a true bargain for the rich and famous.

This car is powered by a mid-V8 engine which makes it the first in the history of this manufacturer. It is a hybrid two-seater, and its performance on the road is exclusive. The car’s starting price is $840,000, and this indicates that it is aimed at consumers who have a deeper pocket and who want to feel comfortable when they are rolling the streets. With an 887 horsepower and a 944 ft-lb torque it is capable of immense acceleration. It is an automatic with a seven-speed transmission that gives the driver a feeling of flying an airplane.

This car, in contrast to the speeder above, is well-suited for speeding on the highway as well as for driving the city streets. It was rated as one of the best handling cars in the industry. Drivers can count on an overall speed of 193 MPH and go from 0 to 60 in less than 3 seconds with the 600 horsepower and torque of 481 ft-lbs. Get a sense of how it is to feel like the fast and furious with this sophisticated Nissan car. The car costs $149,990.

It would be a surprise to have the best sports cars without at least one BMW baby on the list. The Z4 is highly convenient and has a dual function since you can opt for driving it as a coupe by opening the folding top, or you can simply put the hardtop down and drive it as a regular. It is categorized as a mid-engine rear drive car with a horsepower that can go up to 335. With a two-passenger capacity, the super hip car is well fitted for races and everyday use. Its base price is somewhere around $50, 000.

This edition from Audi is described as an all-around sports car with the benefit that it looks simply amazing. The automatic features seven-speed transmissions and, of course, a full-time all-wheel drive. It also features a 10-cylinder engine with a 540 horsepower and torque of 398 ft-lb which makes the car overly powerful. The interior of the car looks just as good as the exterior with a Wi-Fi hotspot inside and a 4G LTE connectivity. You also get to enjoy a configurable display of 12.3 inches. The luxurious two-passenger car comes at a hot price of $164,150, and we believe that it is worth every penny.

In production since 2014, this super speedy car does not only look like a sophisticated power vehicle on the streets but lives up to the expectations. Now, it is also available as a convertible as well. Its aluminum V8 engine’s horsepower is 660 and the torque 650 ft-lbs. When compared to other cars, it can be said that it shares some different features with the C7.R race car since they were made of the same carbon-fiber material. The starting price for the Z06 is $79,450 which makes it a little bit out of reach for the common man, but the fancy supercar is quite the hit. 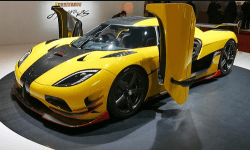 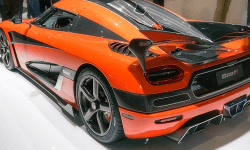